As some people may already know, one of my good friends, Anna, and her partner are vegan. Before meeting them, I didn’t know much about veganism. Since they came into my life in 2013, I have spent time with them, educating myself about the vegan lifestyle and what it entails, which has been somewhat of an adventure to me.

I recently went up to visit Anna in Bristol, which involved a food tour (details of which will be in a forthcoming post!). She also took me to try dirty vegan food at Vx, a Bristol eaterie which specialises in vegan junk food.

I tried the nachos, which proved to me just how clever some vegan substitutes are: 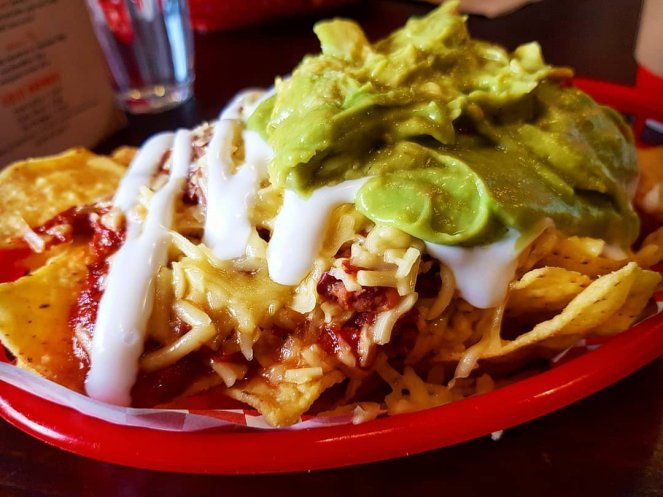 Just don’t keep asking if the food is vegan! :p