Salvador and Amanda is a beautiful and authentic Spanish restaurant, located in London’s Leicester Square. Although it’s been there for around 15 years, I wasn’t actually aware of it until my team held our Christmas party there last month.

The restaurant boasts a surrealist art- deco interior, in which patrons are encased in curtained- off sections. We had the Christmas menu, which is a selection of the normal menu, but I’m pretty sure the standard menu is just as tasty. 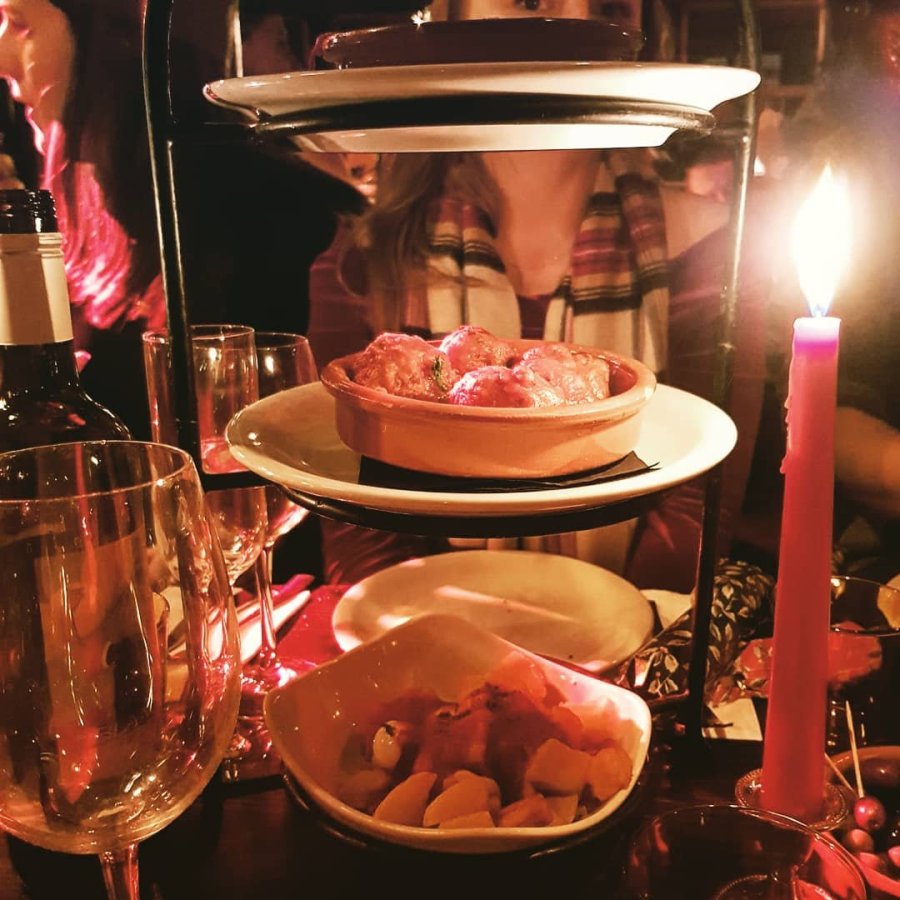 It was some of the best tapas I had eaten outside of Spain. The meatballs were succulent and the croquettes de queso gained such a fanbase we had to ask for second portions. There was also plenty of food between 16 of us, which is always a winner with me.

As well as the tapas, we had an assortment of desserts, including a variety of different cakes. I was enjoying myself too much by this point to take a photograph. Also- the restaurant turns into a club after 10pm on Thursday through to Saturday. I know I ended up in the club but I’m not too ashamed to say, I don’t know when that was.

I’m already planning a return visit- unfortunately this restaurant is fully booked for the foreseeable future. It not surprising that it’s so popular however. I will definitely be back though!